A Song of Ice and Fire campaign set in the nebulous time period after the Longest Night, but before the coming of Aegon the Conqueror to Westeros. As the Rhoynar followers of Princess Nymeria merge with the natives of Dorne, the Andals sweep into the Reach and the Riverlands, pushing the First Men back from their long-held homes, and the Children of the Forest and the giants of Westeros retreat further into the wilderness. The Wall is being built, and magic is fading, but this is still a time of wonder. After all, Valyrian Dragonlords still ply the skies, and some have begun to set their sights on Westeros…

The Night’s Watch has been founded, the Valyrians have pushed the Rhoynar out of their generations-long homes along the Mother Rhoyne, and the Andals have brought the faith of the Seven across the Narrow Sea to find new homes in Westeros. For millenia, the First Men have been the sole human occupants of the western continent, but within a century, new adventurers, explorers, and immigrants have descended upon the Seven Kingdoms. Never overly fond of grand cities nor far-reaching cooperation, the regional kings and petty lordlings of Westeros find themselves reeling, retreating into holdfasts and fortresses and hard-pressed to defend against the invading forces of the Andals in the east. The Andals bring with them weapons and armor of iron, and the bronze-wielding First Men are little match for the invaders, having only their knowledge of the continent and their established fortifications to give them any advantage.

Meanwhile, the Rhoynar who followed Princess Nymeria on their refugee voyage from Essos have merged with the native peoples of Dorne for half a generation now, and the culture of Dorne has become a hybrid of Rhoynish and Dornish traditions. Most lords of Dorne openly hold paramours of any gender, and baseborn children are just as likely to inherit as trueborn offspring. Women often hold positions normally reserved only for men throughout the rest of Westeros, and House Martell and its loyal banner Houses push to unify the remainder of the peninsula into a single Dornish kingdom.

GM Note: As this campaign is set in a time period when the system of Great Houses subject to the Iron Throne is not yet in existence, many of the systems featured in the ASOIAF RPG rules fail to apply. House affiliations aren’t really important in my game, although I am using Status as a general concept and factor in character creation. Perhaps most importantly, this setting offers us the ability to play a more adventuresome and varied group, with less interests tied to one particular part of the geography and a place in history where we can pull from canon without being necessarily beholden to it. I have tweaked some historical events (for instance timing Nymeria’s arrival in Dorne and the Andal invasion as contemporaries), but nothing that dramatically changes anything established in canon.

I cannot recommend enough the book The World of Ice & Fire as a resource for those playing any ASOIAF game. 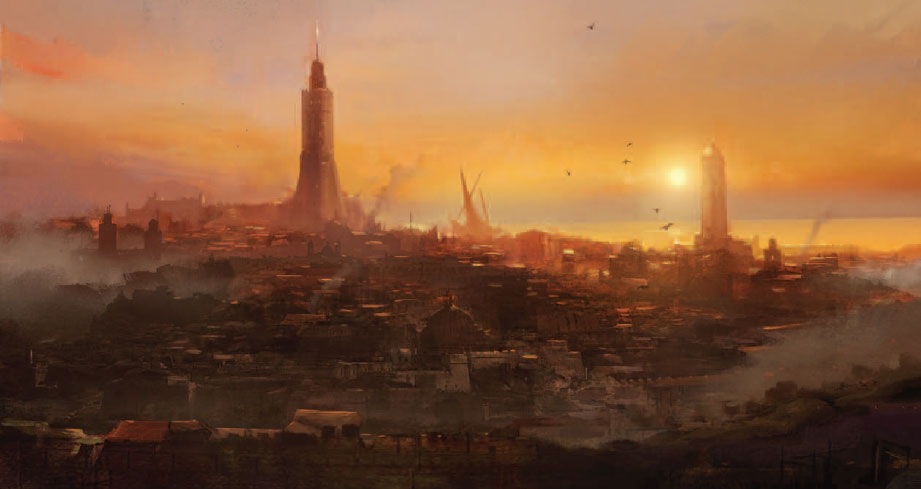 We should have killed the Crider before he stated it.

I'm sorry, but we no longer support this web browser. Please upgrade your browser or install Chrome or Firefox to enjoy the full functionality of this site.